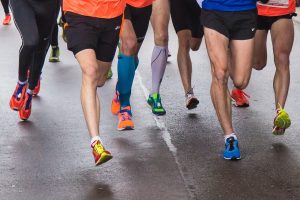 A new study has found that training for and completing a marathon can improves the health of a new runner’s arteries, cutting about four years off their “vascular age”.

Over six months of training, their arteries regained some youthful elasticity, which should reduce the risk of heart attacks and strokes, and their blood pressure fell as much as if they had been prescribed pills.

Those who were the least fit beforehand appeared to benefit the most.

It was also noted that smaller amounts of aerobic exercise are likely to have a similar effect, according to the British Heart Foundation (BHF), which funded the study, in the Journal of the American College of Cardiology.

Despite some reservations it was noted that runners with a pre-existing but undiagnosed heart condition have died attempting marathons, but this is very rare.

Lead researcher Dr Charlotte Manisty said: “People with known heart disease or other medical conditions should speak to their doctor first. But for most people, the benefits of taking up exercise far outweigh any risk.”

How much exercise is needed to keep fit and healthy?

Over the course of every week, adults should do a minimum of either:

People should also do strengthening activities – such as push-ups, sit-ups or lifting and carrying – at least two times a week to give muscles a good workout.

BHF’s Prof Metin Avkiran said: “The benefits of exercise are undeniable. Keeping active reduces your risk of having a heart attack or stroke and cuts your chances of an early death. As the old mantra goes, ‘If exercise were a pill, it would be hailed as a wonder drug.'”