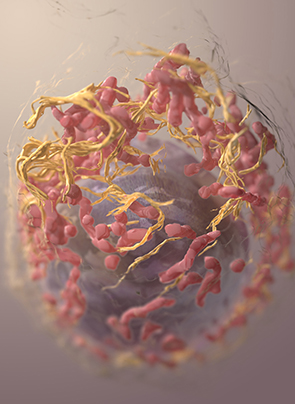 Some of the treatments currently used for certain advanced melanomas could be effective in those with an earlier stage of disease after surgery, according to results from two clinical trials.

The studies (Checkmate 238 and COMBI-AD) examined an immunotherapy drug and a combination of targeted drugs respectively, the results showed that both types of treatment lowered the risk of the disease returning after surgery.

Patients given the duo of drugs in a second study were also more likely to survive their disease.

COMBI-AD researcher Professor Alex Hauschild, from the University of Kiel in Germany, described the findings as “practice-changing”.

For patients with advanced melanoma that has spread and can’t be treated with surgery, the drugs used in these studies have been shown to improve survival and are widely used. These targeted drugs (dabrafenib and trametinib)work against faults in a gene called BRAF, which are commonly found in melanoma. The immunotherapy drug used is nivolumab.

All the patients, approximately 900 in each trial, had received surgery for their disease which had spread locally to the area around the tumour. In Checkmate 238, patients were also given either nivolumab or another immunotherapy drug called ipilumumab, which has already been trialled for this group of patients but can cause serious side effects that can limit its use. This trial therefore wanted to see whether nivolumab was safer and more effective.

In the COMBI-AD trial, patients were either given the duo of targeted drugs or a placebo after surgery.

Both studies found the new treatments helped keep patients’ disease at bay, reducing the risk that their cancer would come back. In COMBI-AD, patients taking the targeted treatments had a 53% lower risk of death or disease return compared with those given the placebo.

In Checkmate 238, nivolumab kept two thirds of patients (66%) disease-free after surgery, compared to half of patients (53%) given ipilimumab. Those taking nivolumab also experienced fewer side effects, and fewer patients had to stop treatment due to side effects.

Professor Mark Middleton (link is external), Director of the Cancer Research UK Oxford Centre, said: “Even though treatments for advanced melanoma are improving, it would be better to prevent it coming back after surgery.”

“These new data, demonstrating the impact of nivolumab and of dabrafenib and trametinib on stopping melanoma coming back, show how we might use these drugs earlier in the course of the disease. We still need to work out who should get which drugs and when, but these trial results show how we can improve treatment of melanoma.”