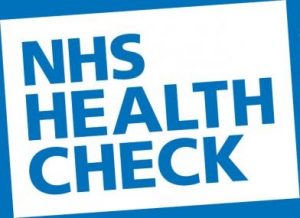 An evaluation of the NHS Health Check – a national screening programme designed to measure people’s risk of cardiovascular disease – Queen Mary University has found that 2,500 heart attacks and strokes has been prevented.

The findings, published in BMJ Open, have also shown that take-up was equal across the top four deprivation quintiles and substantially higher in the most deprived, thus showing that the programme, the first of its kind in the world, is effective in tackling health inequalities.

People having the NHS Health Check were found to be much more likely to have their major risk factors recorded than those who received routine care. According to the data, referral rates to lifestyle services were twice as high for smokers, three-to-four times as high for people with obesity and six times higher for people with hazardous drinking than for those not receiving the health check.

These detection rates were two-to-three times higher than in those who didn’t participate in the scheme.

However, Public Health England noted the study shows there is still room for improvement, including the need for a greater focus on encouraging uptake of the Check among the younger age group of 40 to 60. It also stressed that while overall attendance has increased, the number of people having the Check still needs to increase for the programme to reach its full potential.

“It’s good to see the clear initial successes highlighted by this comprehensive and robust study of the NHS Health Check programme in its early stages,” said PHE’s chief knowledge officer John Newton. “The evidence shows that the programme is working and working well for its target group, effectively reaching black and minority ethnic groups and people from deprived areas, who are most at risk of their condition being missed or diagnosed too late”.

Health officials will be particularly relieved by the findings, given that the scheme has come under repeated fire since its birth in 2009. Back in September, a report by the London School of Economics and University of Liverpool concluded that the NHS Health Check is ineffective and wasting £450 million a year, and in 2012 and researchers from Denmark found that such programmes appear to have no impact on either the number of overall deaths or those from cancer or heart disease.