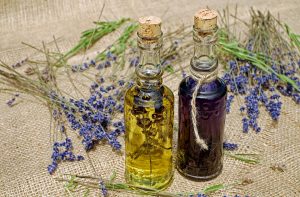 Homeopathy has long been one of the most controversial subjects within the healthcare system, not just in the UK but also worldwide. NHS England has recently outlined its stance by proposing cuts to funding for the medicine. Elsewhere, other OTC treatments, such as cold and flu medicine, would also no longer be available on prescription as part of NHS England’s action plan.

The decisions were reached as the NHS struggles to find savings, with drug prescription costs being identified as a possible money saver for the service. In total, 18 treatments will no longer be available on prescription that could save £141 million annually.

No longer having homeopathic treatments available of prescription was widely welcomed by the scientific community, Simon Stevens, NHS England’s Chief Executive, did not skirt around the issue in his assessment, labelling the treatments: “at best a placebo and a misuse of scarce NHS funds”.

Herbal medicines cost the service £100,009 and ‘homeopathy items’ were found to cost £92,412, in 2016. This decision also extends to other areas, such as gluten-free food, which used to be a niche therapeutic area but has become rapidly mainstream as part of a dietary choice. The service reasoned that now products, such as gluten-free bread, would be available cheaper in non-OTC areas, saving prescription costs to the service £26 million per year.

The areas of these cuts that proved controversial were the prescriptions that are for a medical purpose but are more cheaply and widely available OTC, such as prescriptions for cold medicine and sun cream.

This was criticised as likely to discriminate against those not able to afford to purchase such items. This stance is somewhat controversial given that cold remedies generally only mask symptoms rather than alleviate the illness itself. However, it was criticised as introducing ‘ability to pay’ as a barrier to some people receiving treatments.

Don Redding, director of policy at National Voices, said: “NHS England point out that some of these treatments can be bought OTC at a cheaper price than the NHS can prescribe them. That raises questions about NHS procurement and negotiations with industry. It is not a problem to pass on to the poorest patients.”

The major cost saving measures from the proposed cuts would be £34.8 million saved on Liothryonine, used for underactive thyroid, and antidepressant Trimipramine, saving £19.8 million.

The proposals are a part of a consultation process that will run until October, at which point a decision will be reached regarding funding.