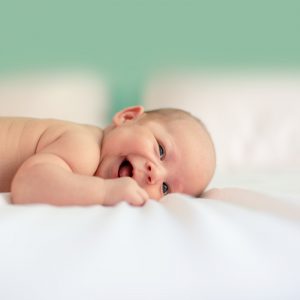 Life expectancy in the UK has stopped improving for the first time since the figures were first recorded back in 1982.

The figures from the Office for National Statistics, for 2015-17, show that women’s life expectancy from birth remains 82.9 years and for men it is 79.2.

The report also noted that in some parts of the UK, life expectancy has even decreased. For instance men and women in Scotland and Wales, it declined by more than a month. Men in Northern Ireland have seen also seen a similar fall.

Although for women in Northern Ireland, and for men and women in England, life expectancy at birth is unchanged.

The ONS said the stalling of life expectancy was due to a particularly high number of deaths from 2015 to 2017, which coincided with a bad flu season and excess winter deaths.

However the ONS said there was “much ongoing debate” about the reasons behind this and what direction the trend may take in the future, but some academics have argued that government austerity policies, such as cuts to social care budgets in England, must have played a part.

Ministers have said that no such causation can be proved, although Public Health England has been asked to carry out a review of life expectancy trends.

Dr Kingsley Purdam, senior lecturer in social research methods and statistics at the University of Manchester, said the figures were “shocking”.

“Poverty, austerity and cuts to public services are impacting on how long people are living in the UK,” he said.

“We all need to look after our health but many of us, including the most vulnerable populations, need help at a time when evidence suggests that services are being cut.

“The lost years of life have an impact not just on the individual but on those people who are ultimately left behind including partners, children and grandchildren.”

However Prof Stephen Evans, professor of pharmacoepidemiology at the London School of Hygiene & Tropical Medicine, said there were other factors that might explain the stall in progress.

The data also shows that the UK lags behind other leading countries for life expectancy, including Switzerland, Japan, France, the Netherlands, Spain and Italy.

Throughout the 20th Century, the UK experienced steady improvements in life expectancy at birth, resulting in a larger and older population.

This has been attributed to healthier lifestyles among the population as it ages, such as reduced smoking rates, and improvements in treating infectious illnesses and conditions such as heart disease.

In recent years, the progress has slowed. And in the latest data it has ground to a halt.

The population of people who are 90 or over is still increasing but this is due to previous improvements in life expectancy going back many decades.

The number of centenarians decreased slightly between 2016 and 2017, reflecting low numbers of births during World War One.