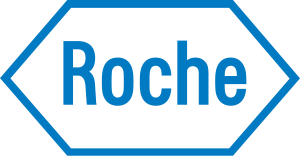 However, net profit for the healthcare company fell 16% to 9.54 billion francs, hit by a one-time restructuring charge.

Sales increased 4% (at constant exchange rates) in the Pharmaceuticals Division to 36.7 billion Swiss francs in 2014, with oncology performing strongly, especially medicines for HER2-positive breast cancer.  In Europe the solid sales growth of 3% was driven by strong growth in both Germany and the UK.

Roche’s top-selling drug was MabThera/Rituxan (rituximab), which is approved for non-Hodgkin’s lymphoma and chronic lymphocytic leukaemia and rheumatoid arthritis.  Rituximab increased by 2% to 6.90 billion francs.

Severin Schwan, Roche’s Chief Executive, commented that the firm made good progress in 2014 and noted that the company has “now made ten targeted acquisitions to complement our existing portfolio in pharma and diagnostics.”

In 2015, excluding impacts due to currency exchange rates, Roche has forecast sales to grow in the low-to-mid single digit range, while core earnings per share are expected to grow higher than sales.