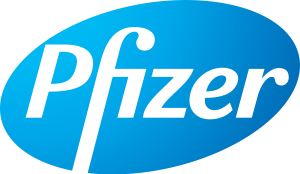 Pfizer yesterday revealed a solid set of fourth-quarter results for 2013, with sales driven by their oncology unit, Lyrica and Enbrel.

Net income for the quarter was $2.57 billion, a decrease of 59% on Q4 2012 (which included profits from the sale of their nutritional products business).  Group turnover also slipped slightly to $13.56 billion, but was still ahead of expectations.

Pfizer’s best-selling drug, Lyrica (pregabalin) for epilepsy, fibromyalgia and neuropathic pain, grew by 11% to $1.26 billion, while the Prevnar pneumococcal disease vaccine franchise increased 3% to $1.12 billion.  Arthritis and psoriasis therapy, Enbrel (etanercept), brought in just over $81.00 billion outside North America, and the COX-2 inhibitor Celebrex (celecoxib) grew by 6% to $798 million.

Sales for Lipitor (atorvastatin) grew by 5%, bringing in $611 million, while the blood pressure treatment Norvasc (amlodipine) dropped 10% to $312 million.  The erectile dysfunction blockbuster Viagra (sildenafil) fell by 14% to $476 million.

Pfizer’s chief executive, Ian Read, commented that the company expects “to report on several, important clinical data readouts” throughout 2014.  This includes top-line results for the Phase II clinical study for palbociclib in breast cancer patients and a clinical trial of Prevnar 13 in adults aged 65 and older.

The second quarter of 2014 should see top-line results for two Phase III clinical studies for Xeljanz (tofacitinib) in psoriasis.  The JAK inhibitor has already been approved for rheumatoid arthritis and posted fourth-quarter sales of $46 million.